Michael Spyres is one of the most sought after tenors of his generation and has been celebrated at many of the most prestigious international opera houses, festivals and concert halls. In the widest range of repertoire his career has taken him from the genres of Baroque to Classical to 20th century, while firmly establishing himself as a specialist in the Bel Canto repertoire as well as Rossini and French Grand Opera.

Recent performances include his house debuts at the Metropolitan Opera in the title role of La damnation de Faust, at the Houston Grand Opera as Fernand in La favorite and at the Theater an der Wien as Licinio in La vestale, his debut with the Berliner Philharmoniker in Oedipus Rex, the title role of Mitridate, Re di Ponto at the Gran Teatre del Liceu of Barcelona and the Palau de les Arts Reina Sofia of Valencia, the title part of Benvenuto Cellini at the Berlioz Festival, the Berliner Festspiele, the BBC Proms and in Versailles, the title role of Les Contes d'Hoffmann at the Bavarian State Opera in Munich as well as recitals and solo concerts in La Coruna, Strasbourg and Moscow.

Engagements of the 2018/2019 season included his debut at the Vienna State Opera as Don Ramiro in La Cenerentola and at the Philadelphia Opera as Edgardo in a new staging of Lucia di Lammermoor, his role debuts as Florestan in concert performances of Fidelio with the Basel Chamber Orchestra, as Gualtiero in Il pirata at the Grand Théâtre de Genève, as Chapelou in Le Postillon de Lonjumeau in a new production at the Opéra Comique, in the title role of Vincent D'Indy's Fervaal at the Festival de Radio France Occitanie Montpellier and as Pollione in Norma at Opernhaus Zurich. On the concert platform he appears in Berlioz's Lélio at the Carnegie Hall, in the title role of La damnation de Faust in Strasbourg (recorded for Warner) as well as in concerts and recitals at the Concertgebouw Amsterdam, Oper Frankfurt and the Teatro Carlo Felice of Genoa. In future seasons Michael will make prestigious house debuts at the Metropolitan Opera and the Teatro Real of Madrid.

Recently he performed the title roles of La clemenza di Tito for his debut at the Opéra national of Paris, of Les contes d'Hoffmann for his debut at the Bavarian State Opera Munich, of Orlando paladino for his Zurich Opera House debut, of Mitridate, re di Ponto in London (Covent Garden), and of La damnation de Faust at the London Proms, the Edinburgh Festival and the Berlioz Festival La Côte-Saint-André; Fernand in La favorite at the Gran Teatre del Liceu of Barcelona, Vasco de Gama in a new production of L'Africaine at Oper Frankfurt, Don José in Carmen (role debut) at the Théâtre des Champs-Élysées Paris, Énée in Les Troyens (role debut) at the Salle Érasme Strasbourg (recorded for Warner/Erato), Alfredo in the second act of La traviata in the Domingo Gala at the Lyric Opera of Chicago and Schubert's Messe Es-Dur D 950 at the Salzburg Festival with the Wiener Philharmoniker conducted by Riccardo Muti.

Michael Spyres was born in Mansfield (Missouri) where he grew up in a family of musicians. He began his studies in the U.S.A. and continued them at the Vienna Conservatory. He first sprang to international attention in 2008 in the title role of Rossini's Otello at the Rossini in Wildbad Festival and as an ensemble member of Deutsche Oper Berlin where he made his debut as Tamino in Die Zauberflöte. 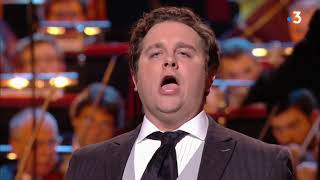 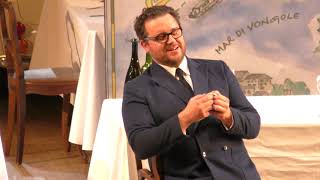 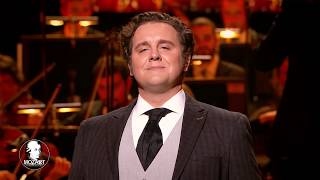 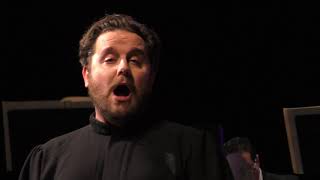 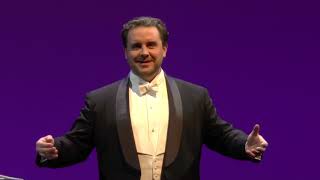 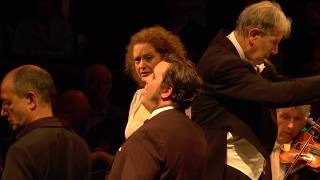 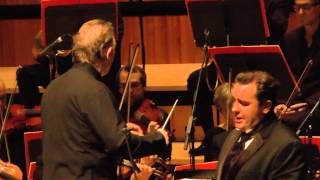 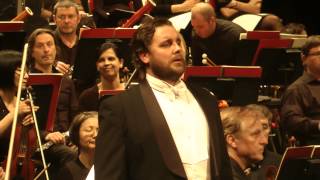