An up and coming bel canto specialist, Meagan Sill was praised for having ‘the most cut and sparkle without shrillness’ after her New York City debut as a soprano soloist in Teatro Nuovo’s performance of Rossini’s Stabat Mater. As a Resident Artist at Teatro Nuovo, under the artistic direction of Will Crutchfield, Meagan also covered the role of Ninetta in Rossini’s La gazza ladra.

Meagan has also recently made her Washington D.C. Kennedy Center debut as Cunegonde, in a concert featuring excerpts from Bernstein’s Candide and her Washington Concert Opera debut as Corphée in Gounod’s Sapho under the baton of Maestro Antony Walker. She was also featured as “Soprano One” in Frank Martin’s chamber opera Le vin herbè with Wolf Trap Opera and as the soprano soloist in the Mozart Vesperae solennes de confessore with the Chesapeake Chorale, where she will return to sing the soprano solo in Beethoven’s Mass in C Major later this season.

In her two seasons as a Young Artist with The Ohio Light Opera, Meagan was able to put her fifteen years of formal dance training to use. At OLO, Meagan performed the title role in Lehár’s Friederike and the title role in the United States premier of Kálmán’s Das Hollandweibchen.

Ms. Sill graduated from Indiana University with her Master of Music in Vocal Performance and an Artistic Excellence Award from the Jacobs School of Music, where she studied under the tutelage of Carol Vaness. During her time at IU, Meagan was selected to sing the role of Musetta in La bohème. Ms. Sill received her Bachelor of Music in Vocal Performance with a minor in jazz studies from James Madison University.

Meagan’s international work includes three summers under scholarship as an Emerging Artist with Bel Canto in Tuscany in Greve in Chianti where, in addition to Italian language and vocal study, she worked with Richard Hetherington, Dona D. Vaughn, Beatrice Benzi, Audrey Saint-Gil, Jennifer Larmore, and Danielle Orlando. She was also chosen as the Maestro Fabio Luisi Scholarship Recipient for the Solo Belcanto Festival in Montisi-Montalcino where she studied under Chris Merritt. 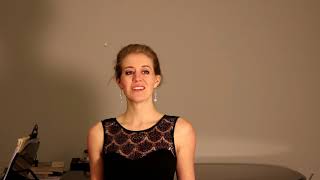