Korean-American Kangmin Justin Kim is one of the most sought-after countertenors of his generation, having earned accolades in roles of the Baroque repertoire, contemporary music and in Mozart's trouser parts.

In the 2021/22 season, Justin returns to the Wiener Staatsoper in Henze's Das verratene Meer, makes his much anticipated role debut as Knusperhexe in Hänsel und Gretel at Staatstheater Wiesbaden, appears as Epitide in Giacomelli's La Merope at the Concertgebouw Amsterdam and in Basel with La Cetra and Andrea Marcon, as Ruggiero in Handel's Alcina with Collegium 1704 in Brno, Caen and at the Opéra Royal de Versailles, in the pasticcio Siface at Opera Rara Kraków as well as in the role of Ottone in a new production of Vivaldi's La Griselda for Teatro La Fenice at the Teatro Malibran of Venice. In summer 2022, he makes his Santa Fe Opera debut in the title role of the world premiere of Huang Ruo's M. Butterfly before returning to Venice in fall as Hyacinthus in the Teatro La Fenice's new staging of Mozart's Apollo et Hyacinthus at Teatro Malibran.

Recent performances include his debuts at the Wiener Staatsoper in a new production of Das verratene Meer and at the Opéra de Lausanne as Eustazio in Rinaldo, Gilade in a new staging of Vivaldi's Farnace at the Teatro La Fenice of Venice, a Gala streamed from the Opéra Comique of Paris, Cherubino in Le nozze di Figaro at the Royal Opera House Covent Garden, Nerone in L'incoronazione di Poppea at the Staatsoper Berlin, Nerone and Speranza in L'Orfeo at the Salzburg Festival, New York Lincoln Center, Philharmonie of Paris and Berlin, Harris Theatre in Chicago, Edinburgh Festival, Lucerne Festival and the Teatro La Fenice in Venice conducted by Gardiner, Annio in La Clemenza di Tito at the Theater an der Wien, Cesare in Vivaldi's Catone in Utica and Orlofsky in a new production of Die Fledermaus at the Oper Köln, Orfeo in Handel's Parnasso in festa at the Concertgebouw Amsterdam conducted by Andrea Marcon, Giulio Cesare for his Glyndebourne debut conducted by William Christie, Ruggiero in a new production of Alcina in Nancy, Idamante in a new Idomeneo and a staged production of Handel's Jephtha at the Maifestspiele Wiesbaden, Idelberto in a new production of Lotario at Konzert Theater Bern, his debut at the Teatro San Carlo of Naples in Britten's Canticles alongside Ian Bostridge, Carmina Burana with the Seoul Philharmonic Orchestra, Barzane in Vivaldi's Arsilda with the Collegium 1704 in Bratislava, Caen, Lille, Luxembourg and Versailles, Speranza in L'Orfeo at the Opéra de Dijon, and Romeo in Zingarelli's Giulietta e Romeo at the Rokokotheater of Schwetzingen.

Other successes since his professional operatic debut in 2013 include Prince Orlofsky in Die Fledermaus for his Parisian debut at the Opéra Comique conducted by Marc Minkowski, Oreste in La Belle Hélène at the Théâtre du Châtelet of Paris, Sesto in La clemenza di Tito at the Opéra de Montpellier, Idamante in Idomeneo at the Stadttheater Gießen under the baton of Michael Hofstetter, Enea in the Handel/Vinci pasticcio Didone abbandonata at the Handel Festival Halle, his first Sesto in Giulio Cesare at the Handel Week Festival Oak Park, Cherubino in Le nozze di Figaro and Kalitzke's newly written opera, Pym for Theater Heidelberg. He could also be heard in Gala Concerts at the Styriarte Graz and at the Rokokotheater Schloss Schwetzingen.

Kangmin Justin Kim was born in South Korea and grew up in Chicago. He studied voice, opera, and musical theater at the Northwestern University in Evanston and the Royal Academy of Music, London.

For his interpretation of the title role of Pym he received nominations as “Best Singer” of the 2015/16 season for the German theatre award DER FAUST 2016 and from the magazine Opernwelt as “Singer of the year 2016”. 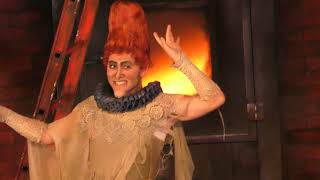 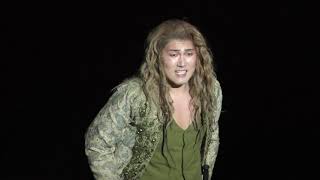 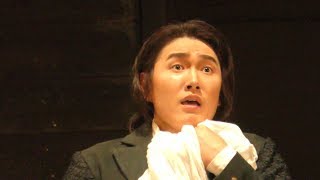 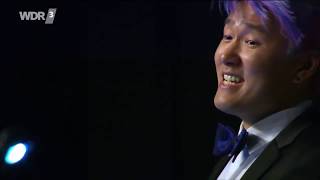 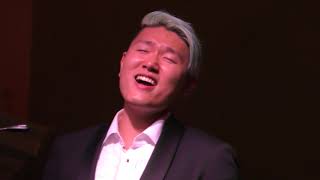 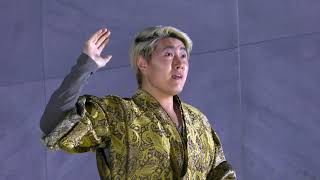 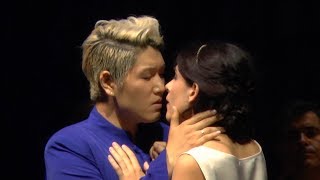 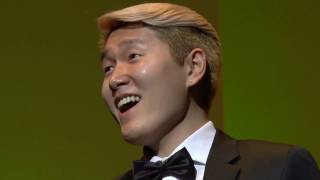 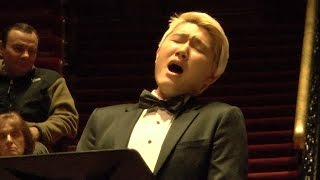