Following a series of important debuts at leading international opera houses and festivals, John Irvin is quickly establishing himself as one of the most interesting young tenors in the Bel canto and French repertoire, Mozart roles as well as in contemporary music.

Appearances of the 2019/20 season include his first Pirro in a new production of Ermione for his house debut at the Teatro San Carlo of Naples and the title role of La damnation de Faust with the Finnish Radio Symphony Orchestra in Helsinki. Bach's Johannespassion at the Hamburg Elbphilharmonie, Florestano in Paer's Leonora at the Schwetzingen Festival, Rodrigo in La donna del lago at the Buxton Festival and Beethovens's Missa Solemnis at the Bellingham Festival were cancelled due to the Coronavirus crisis.

Recent highlights of his schedule were his debuts at the Deutsche Oper Berlin and the Nice Opera House in the title role of La damnation de Faust, his debuts at the Metropolitan Opera New York and the Salzburg Festival in The Exterminating Angel as well as at the Rossini Opera Festival Pesaro as Cléomène in a new production of Le siège de Corinthe, where he also appeared in a "Three Rossini Tenors" concert; his Latvian National Opera and role debut as Ruggero in La Rondine, Vaudemont in Tchaikovsky's Iolanta in Chicago, Mendelssohn's Lobgesang with the Warsaw Philharmonic Orchestra, his role debut as Duca in Rigoletto for Kentucky Opera, Conte d'Almaviva in Il barbiere di Siviglia at the Grange Festival, Rodolfo in a new production of La bohème at Theater Heidelberg, Berlioz's Lélio at the Beethoven Festival Bonn, Berlioz's Requiem with the Bochum Symphony Orchestra, a Méhul gala concert with the Orchestra of the Age of Enlightenment at St John's Smith Square in London, Roméo in Roméo et Juliette at Madison Opera and Ernesto in Don Pasquale at the Springfield Regional Opera.

Originally a pianist, the American tenor studied singing at the Georgia State University and Boston University’s Opera Institute. As an alumnus of The Patrick G. and Shirley W. Ryan Opera Center at Lyric Opera of Chicago his many roles included Almaviva in Il barbiere di Siviglia, Percy in Anna Bolena and Alfred in Die Fledermaus.

Among the conductors he has collaborated with are Sir Andrew Davis, Gustavo Dudamel, Stéphane Denève, John DeMain and Cristof Perick. 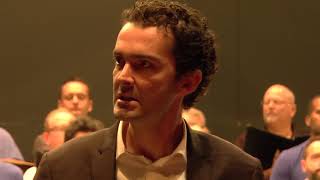 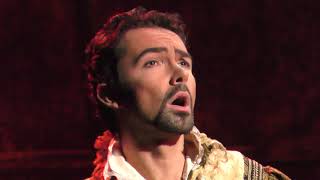 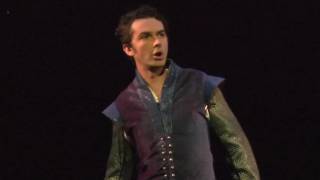 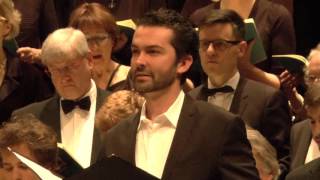 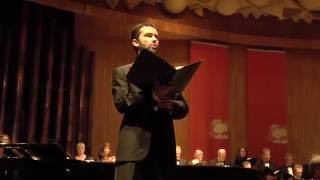 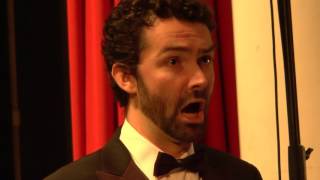 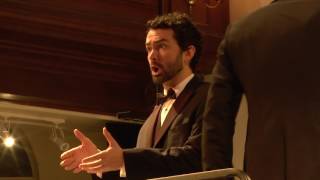