With his full-throated, beautifully coloured tenor voice Cosmin Ifrim has been lauded in Verdi, Puccini and Mozart roles as well as in Bel canto parts.

Engagements in 2019/2020 include Duca in Rigoletto at the Timisoara National Opera and Faust in a new staging of Mefistofele in Chemnitz.

In the 2018/19 season he appeared as Ernesto in Don Pasquale and Laerte in Franco Faccio's Amleto at Theater Chemnitz, as Steuermann in Der fliegende Holländer at the Tokyo Spring Festival, as Edgardo in Lucia di Lammermoor and Duca in Rigoletto in Skopje.

Among recent highlights are his role debut as Gabriele Adorno in Simon Boccanegra at the Sala Radio in Bucharest, Pedrillo in Die Entführung aus dem Serail at the Savonlinna Opera Festival, Ernesto in Don Pasquale and Laerte in Franco Faccio's Amleto at Theater Chemnitz, Steuermann in Der fliegende Holländer at the Tokyo Spring Festival, Edgardo in Lucia di Lammermoor and Duca in Rigoletto in Skopje, Edgardo in Lucia di Lammermoor at the National Opera of Bucharest, Arturo in I puritani, Rodolfo in La bohème and Duca in Rigoletto at the Opera Naţională Română Cluj-Napoca and Pong in Turandot in a new production at the Bregenz Festival.

Further career highlights have led him as the Italian tenor in Der Rosenkavalier to the Berlin State Opera, as Pedrillo in Die Entführung aus dem Serail to the Bavarian State Opera Munich and the Rome Opera, as Alfredo in La traviata to the Queen Elizabeth Hall London, as Tonio in La fille du régiment, Squeak in Billy Budd and Little Bat in Floyd’s Susannah to the ABAO Bilbao, as Rodolfo in La bohème to the Sapporo Festival under the baton of Fabio Luisi, as Gualtiero in Il pirata to the Basel Opera, as Camille de Rosillion in The Merry Widow to Tel Aviv and in Rossini’s Stabat Mater with the Israel Philharmonic Orchestra to various cities in Israel.

Born in Ineu (Arad), Romania, Cosmin Ifrim studied singing and conducting at the Music Academy in Cluj-Napoca. After winning many important competitions, he was engaged by the Vienna State Opera in 2000, where he first sang Lord Cecil within a new production of Donizetti’s Roberto Devereux with Edita Gruberova. He quickly advanced to important and demanding roles like Rinuccio in Gianni Schicchi, the Italian Tenor in Der Rosenkavalier, the fisher in Guillaume Tell, or Beppe in Pagliacci. For his portrayal of Squeak in Billy Budd, he was awarded with the Eberhard Wächter medal. His major breakthrough at Vienna State Opera was the premiere of Falstaff in 2003, in which he sang the role of Fenton. 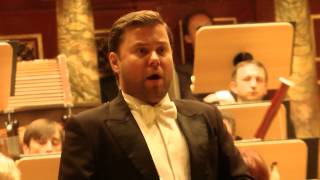 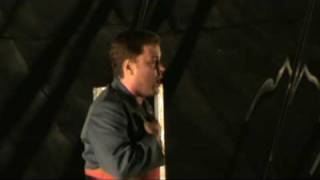 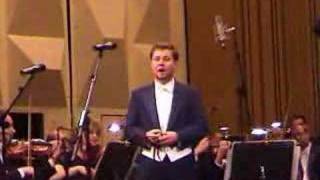 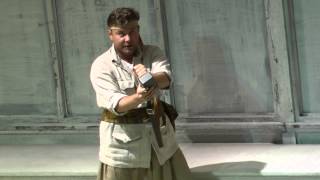 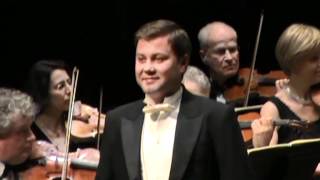 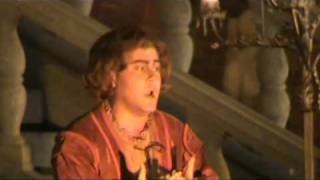